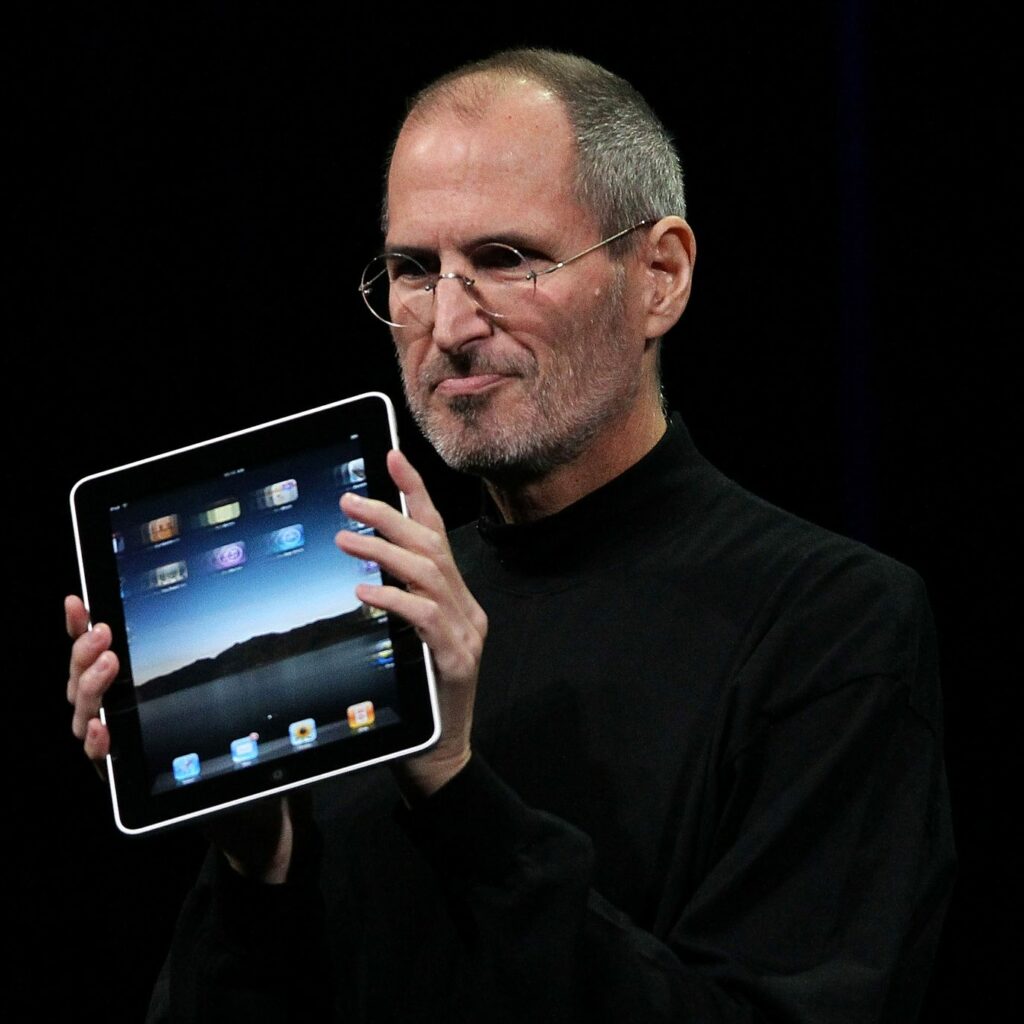 Steve Jobs stepped onstage 10 years ago today to introduce the world to the iPad. It was, by his own admission, a third category of device that sits somewhere between a smartphone and a laptop. Jobs unveiled the iPad just days after the annual Consumer Electronics Show ended in Las Vegas and at a time when netbooks were dominating personal computing sales…

Apple had an answer to the netbook: a 9.7-inch tablet that allowed you to hold the internet in your hands…Apple was also looking to create a third category of device that was better at certain tasks than a laptop or smartphone. The iPad was designed to be better at web browsing, email, photos, video, music, games, and ebooks. “If there’s going to be a third category of device it’s going to have to be better at these kinds of tasks than a laptop or a smartphone, otherwise it has no reason for being,” said Jobs.

It’s tempting to dwell on the Jobs point — I really do think the iPad is the product that misses him the most — but the truth is that the long-term sustainable source of innovation on the iPad should have come from 3rd-party developers. Look at Gruber’s example for the Mac of graphic designers and illustrators: while MacPaint showed what was possible, the revolution was led by software from Aldus (PageMaker), Quark (QuarkXPress), and Adobe (Illustrator, Photoshop, Acrobat). By the time the Mac turned 10, Apple was a $2 billion company, while Adobe was worth $1 billion.

There are, needless to say, no companies built on the iPad that are worth anything approaching $1 billion in 2020 dollars, much less in 1994 dollars, even as the total addressable market has exploded, and one big reason is that $4.99 price point. Apple set the standard that highly complex, innovative software that was only possible on the iPad could only ever earn 5 bucks from a customer forever (updates, of course, were free).

The situation has improved slightly since then, primarily with the addition of subscription pricing for apps. Still, that is far inferior from a customer perspective to the previous “Pay for Version 2” model that sustained developers on the Mac for decades; we never did get upgrade pricing or time-limited trial functionality for regular paid apps.

Instead, as Apple is so wont to do, it tried to fix the problem itself, by making the iPad into an inferior Mac.

To be fair, would that we all could “fail” like the iPad; it was a $21 billion business last fiscal year, nearly as much as the Mac’s $26 billion. That, though, is why I did not call it a failure: the tragedy of the iPad is not that it flopped, it is that it never did, and likely never will, reach that potential so clearly seen ten years ago

Go read the rest of the post, Ben covers quite a lot and makes several good points.

A few changes to this site